PERSONAL STORIES We honour and care for the 1.7 million men and women of the Commonwealth forces who died in the First and Second World Wars, ensuring they will never be forgotten. Funded by six Member Governments, our work began with building, and now maintaining, cemeteries at 23,000 locations all over the world. ARNHEM OOSTERBEEK WAR CEMETERY Thomas and Claude Gronert Sometimes known as the ‘Airborne Cemetery’, many servicemen can be found here, including the 21 year-old Gronert twins from Cornwall. Thomas and Claude Gronert died together on the first day of Operation ‘Market Garden’, and they are buried sideby-side in Plot 18. Row A. Graves 17-18. Upon their headstones is the inscription: ‘Winds of heaven blow softly here where lie sleeping those we loved so dear’ Today, over a century after we first began, our work continues through our staff, supporters and volunteers who preserve our unique cultural, horticultural and architectural heritage and ensure that the stories of those who died are told. Find out more about our charitable foundation at www.cwgc.org/support-us ARNHEM CEMETERIES & MEMORIALS Lance Serjeant John Baskeyfield © Airborne Assault Museum, Duxford John died at Arnhem on 20 September while singlehandedly fighting advancing German Tiger tanks after his entire gun crew had been killed. For his actions he was posthumously awarded the Victoria Cross. He is commemorated on Panel 5 of the Groesbeek Memorial. The CWGC Experience is a unique visitor attraction. Take a look behind the scenes at the work of the CWGC. The CWGC Experience, 5-7 rue Angèle Richard, 62217 Beaurains, France. Tel: +33(0)321 21 52 75 Email: cwgcexperience@cwgc.org www.cwgc.org DISCOVER LEARN REMEMBER

Since our establishment by Royal Charter in 1917 we have constructed 2,500 war cemeteries, plots and memorials for those with no known graves. More than a million burials are now marked at military and civilian sites. 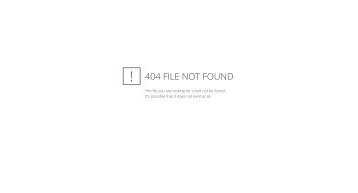