We honour and care for the 1.7 million men and women of the Commonwealth forces who died in the First and Second World Wars, ensuring they will never be forgotten. Funded by six Member Governments, our work began with building, and now maintaining, cemeteries at 23,000 locations all over the world. DISCOVER IMTARFA MILITARY CEMETERY We also care for over a thousand other military and civilian graves, as well as several belonging to non-Commonwealth nationalities. Today, over a century after we first began, our work continues through our staff, supporters and volunteers who preserve our unique cultural, horticultural and architectural heritage and ensure that the stories of those who died are told. A guide to IMTARFA MILITARY CEMETERY At Imtarfa, the Commonwealth War Graves Commission (CWGC) cares for the graves of 253 British and Commonwealth service personnel who died during the World Wars. IMTARFA MILITARY CEMETERY Grave plots 1 1 4 5 1 2 3 4 5 War graves Thomas Beaudoin Commander Philip © CVA Somerville Yalta Casualties Gunner William Keats AVRO York Casualties The Tour 1 First stop 2 Second stop 3 Third stop Find out more about our charitable foundation at www.cwgc.org/support-us The CWGC Experience is a unique visitor attraction. Take a look behind the scenes at the work of the CWGC. Follow our selfguided tour to learn more about this remarkable place of remembrance, and discover the stories of some of those commemorated here. 5 The CWGC Experience, 5-7 rue Angèle Richard, 62217 Beaurains, France. Tel: +33(0)321 21 52 75 Email: cwgcexperience@cwgc.org 3 2 3 3 ENTRANCE TO MTARFA www.cwgc.org DISCOVER LEARN REMEMBER ENTRANCE 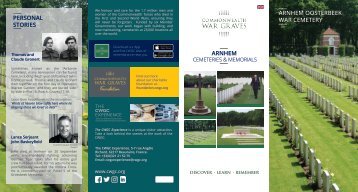 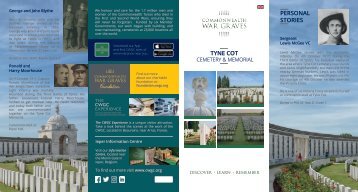 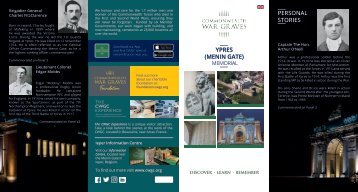 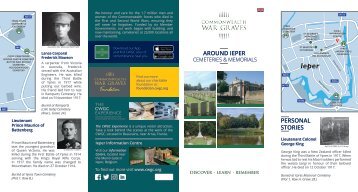 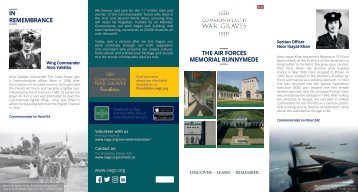 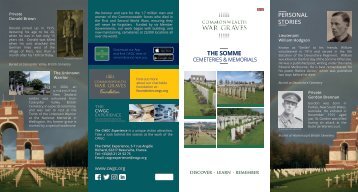 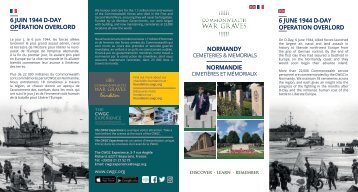 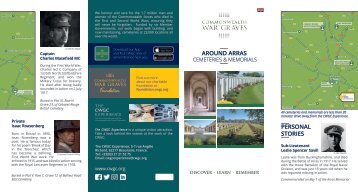